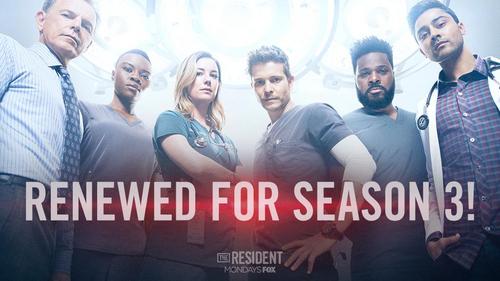 Great news! The Resident has officially been renewed by FOX for a 3rd season!

Amy Holden Jones, Todd Harthan and the team behind The Resident continue to showcase their brilliant storytelling, revealing both the triumphs and tragedy within the medical world,” Thorn said. “Matt Czuchry, Emily VanCamp and Bruce Greenwood, along with the stellar cast, have developed rich and compelling characters through their heartfelt performances. We want to thank our producing partners, 20th Century Fox Television, who have steered these two extraordinary series. Both 9-1-1 and The Resident have many, many more stories to tell and we can’t wait to deliver them to fans next season.