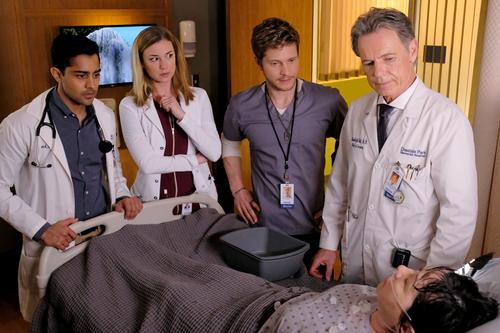 Great news, everyone! The FOX upfronts aren’t even here yet and it was announced today that Emily’s new show, “The Resident”, has been picked up to series by FOX! No news yet on where it will be in FOX’s schedule but we’ll get news of that next week. As I mentioned, this show will mark Emily’s return to network television. I’m super excited to see her on this show and I hope you guys are as well!

Fox will spin its own medical yarn in the fall with The Resident, a new series starring The Good Wife alum Matt Czuchry.

Ordered to series Wednesday in anticipation of its fall upfront presentation Monday in New York City, The Resident is from Antoine Fuqua’s production company and is about a tough, brilliant senior resident who “guides an idealistic young doctor through his first day, pulling back the curtain on what really happens, both good and bad, in modern-day medicine.”

« FOX Upfronts will be held May 15th in NYC
Emily & Josh are engaged! / Happy Birthday, Emily! »