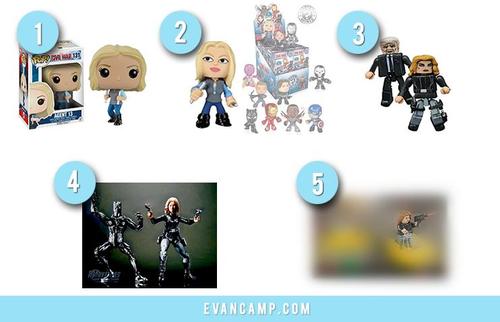 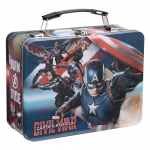 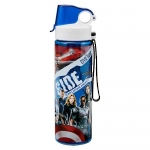 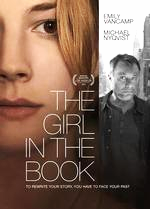 Hi everyone. A lot to report since my last update so I’ll split it into two separate ones. First, involving everything to do with The Girl in the Book. The DVD will be available to purchase on February 23rd, so in just a few days time! Here is Amazon purchase link. No word on whether or not there will be DVD extras and please keep in mind that the DVD is Region 1 (US and Canada) only.

Also, for those who prefer streaming, the film is now officially available to watch on NETFLIX. If you can’t watch it in your country/region yet, hopefully you will be able to soon. If you’re logged into Netflix, search for Emily’s name, the film title, or just click here and it should come up.

And last but not least, I made 2,115 HD screen captures of Emily from The Girl in the Book and added them to the gallery. There are so many because Emily is in almost every scene. I also added new promo ads, behind the scenes images, and production stills from the film. You can check all that out here. Happy viewing!

Happy New Year, guys! I hope everyone had a wonderful holiday season. This year we get to look forward to Emily reprising her role in the Marvel cinematic universe and I’m sure you’re all just as excited as me to see that come May.

Just announced! Funko has made a vinyl figure of Emily’s character from Captain America: Civil War, Agent 13, in their Pop! Line for the movie! This is super exciting because to my knowledge, this is the first merchandising of any character Emily has played in a figure/collectible form. As a collector of Pops myself, this is a dream come true. Check her out below! You can pre-order her already at Entertainment Earth. She should be in stores in the next few months!
'The Girl in the Book' • Captain America: Civil War

Emily Talks “Civil War” and “The Girl In The Book”, Film Clips

Shirph
Comments Off on Emily Talks “Civil War” and “The Girl In The Book”, Film Clips

Here is an interview with ET that Emily did last week. She talks first about Captain America: Civil War then at the end mentions about The Girl in the Book. The interview says her character fights with Scarlet Witch but if you know about the sides, you know that doesn’t make sense. Other people have mentioned this also but their and my belief is that Emily was talking about Scarlett Johansson aka Black Widow.

And here are two clips from the film (one from ET and the other from Hulu). I got the chance to see the film in theaters over the weekend and it was absolutely incredible. If you want to, you have until this Thursday in these participating theaters to do so. To check movie times, click on this Fandango link then choose “Movie Times + Tickets”. Please go out and support the film! If it’s not playing near you, you can buy or rent the movie in a variety of platforms including iTunes.

New “The Girl in the Book” Poster + Emily Interview

Check out the brand new poster for The Girl in the Book. Remember, the film will be opening this Friday, December 11th and will only be in theaters for a week. If you want to see it on the big screen, be sure to go if it’s playing near you. To find out which theaters it will be playing at, click on this post. If it’s not playing near you, don’t worry. The film will be on available on Video on Demand through various platforms and that won’t expire anytime soon. 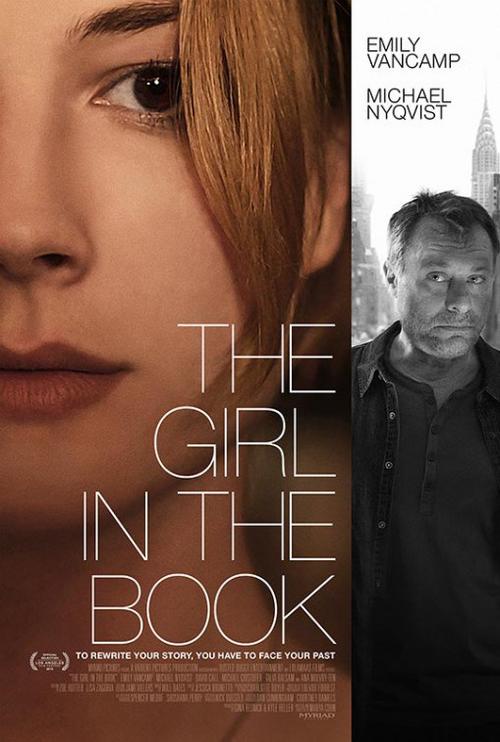 Also, Emily has been very busy promoting the film. This morning she was on the KTLA Morning News. You can watch the interview below:

“The Girl in the Book” Trailer + Theater Locations 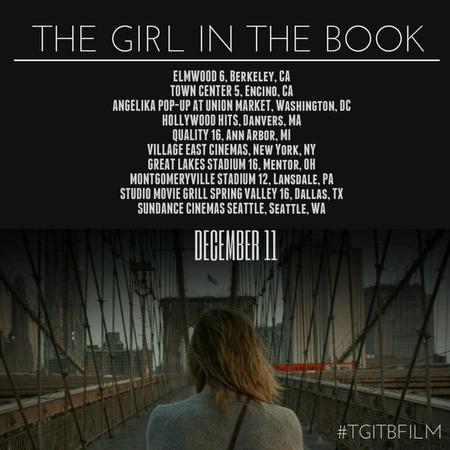 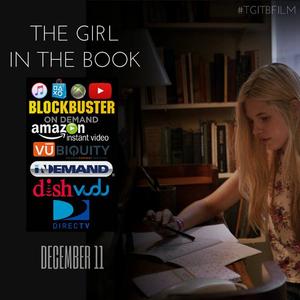 Don’t see Emily? Go back and pause at 1:22 and you will see her standing next to Martin Freeman.

Entertainment Weekly has also posted exclusive stills from the film and one of them features Emily: 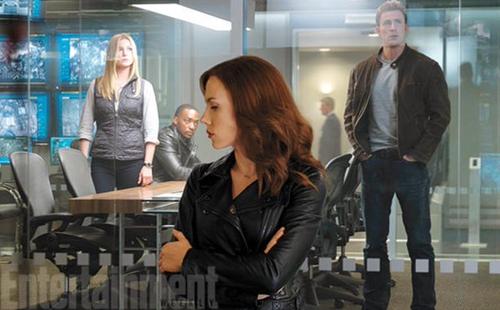 “The Girl In The Book” in Select Theaters December 11th!

Shirph
Comments Off on “The Girl In The Book” in Select Theaters December 11th!

We finally have news on when The Girl in the Book will be released and it’s next month! Friday, December 11th, to be exact. It will also be available the same date as video on demand. No news yet on which theaters/cities or platforms will get the film but I will update you guys as soon as I find out!

In other news, the film now has an official Twitter. You can find them at @TGITBFilm. Be sure to give them a follow! 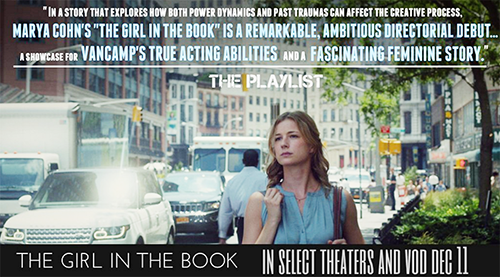 Myriad Pictures nabs U.S. rights to “The Girl in the Book”

Shirph
Comments Off on Myriad Pictures nabs U.S. rights to “The Girl in the Book”

Great news! 10 lucky cities come December will be able to see Emily’s film, The Girl in the Book, in theaters! It’s looking like New York will be one of the cities so I’m excited to finally get the chance to watch it in just a few short months!

Myriad Pictures has acquired the U.S. rights to The Girl in the Book, an indie drama starring Emily VanCamp and Michael Nyqvist (from Sweden’s version of The Girl With the Dragon Tattoo), written and directed by Marya Cohn.

The film, which premiered at the Los Angeles Film Festival this year, stars VanCamp as Alice Harvey, a struggling writer and the daughter of a powerful book agent. Harvey grapples with writer’s block and a difficult junior book editor job. When she’s tasked with handling the re-release of a novel based on her own life, she’s forced to confront her painful past with help from the book’s author, played by Nyqvist.

The Girl in the Book will be released by Myriad with Freetsyle Releasing and Freestyle Digital Media, with a 10-city U.S. theatrical and ultra VOD release in December. The film marks the third joint release between Myriad and Freestyle this year.

Filming started today in Montreal for the French film, “Pays”, from director Chloé Robichaud and Emily is to star in it. This will be her first bilingual movie role. For those of you who don’t know, Emily does speak French. Things worked out between the producing partners for the film since they knew Emily’s agent. Contact was made and the rest, as they say, is history. Emily even looks like who the director had in mind for the film. The team will be in Montreal for a week then move to film in Newfoundland for a month after that. She will play the role of an international mediator.

VanCamp will portray Emily Price, who balances family life and leading crunch negotiations between a Canadian politician (Nathalie Doummar) and the president of a country whose natural resources are being exploited, played by Macha Grenon.