Hey everyone. I apologize about my absence in the past few months. A lot has happened. I started a new job and also moved to a new place. To be honest, I’m still settling down. But I wanted to let you know that I haven’t forgotten you! News has been slow since Emily doesn’t have anything new lined up. And just a reminder that I do not post/gossip about Emily’s personal life here. Unless she mentions something freely I will not have that content here. I respect her too much to invade her privacy. This is why candids of her not at non-work events will never be found here.

Can’t believe it’ll be nearly 3 months since Captain America: Civil War came out in theaters here in the U.S.! I have some news regarding the DVD/Blu-Ray/Digital HD for you today. Many of you may have probably already seen this but I will post it here nonetheless. 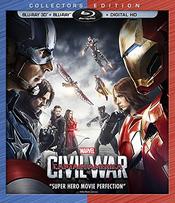 *Bonus features may vary by retailer. The DVD does not include any bonus materials.